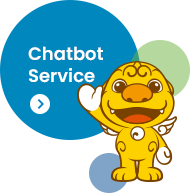 Startup Genome pointed out an outstanding talent pipeline and large amounts of innovation-friendly environment as the strengths of Seoul. By industry, it was found to have strengths in AI & Big Data, Healthcare, and Manufacturing & Robotics.

Currently, 15 of the 18 domestic unicorn companies (corporate value of 1 trillion won or more, unlisted) are located in Seoul, providing optimal conditions for starting a business.
Startup Genome predicts a high potential for further growth in the Seoul's startup ecosystem in that Seoul is actively implementing startup policies, such as creating startup bases (clusters) throughout Seoul.

The investment subvention amount by year for the early phase

Participating in the virtuous circle of Seoul‘s startup ecosystem

The city of Seoul created the Future Innovation Growth Fund in 2018 to intensively invest in promising venture startups and SMEs in key industries, thereby crepting jobs and bringing about economic growth.

The Future Innovation Growth Fund is a fund that intensively invests in six fields including the Fourth Industrial Revolution, smart city, cultural content, startup support, re-challenge support, and Seoul bio. The city of Seoul has invested 127.9 billion won in this fund and has raised a fund of 2.9395 trillion won by completing 1053 investments as of December 2021.

The initial goal was 1.431 trillion won over five years through 2022. However the city's active investment in financial resources combined with private investments has allowed the city to achieve 209% of the goal just in three years. 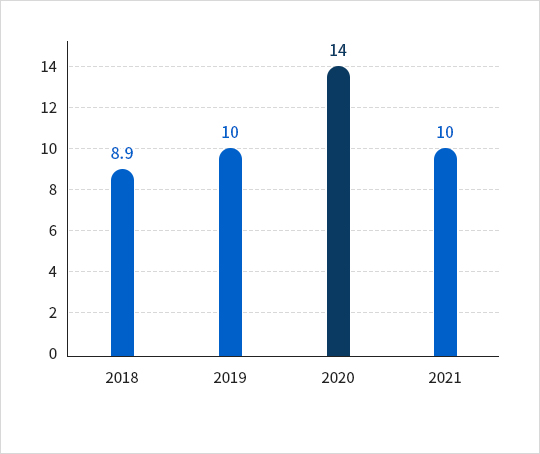 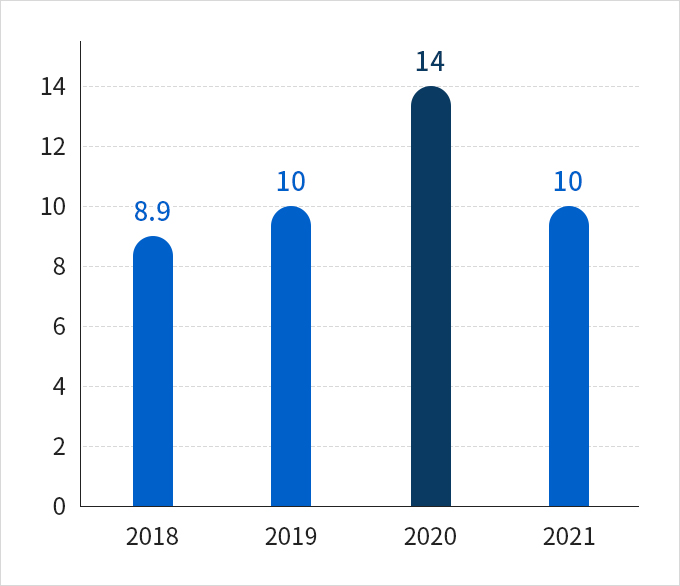 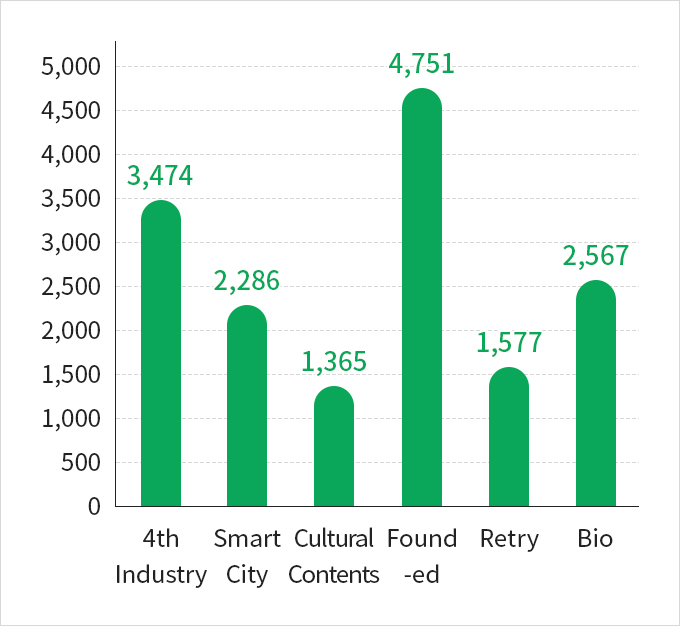 Classification of the types of industry for investment companies 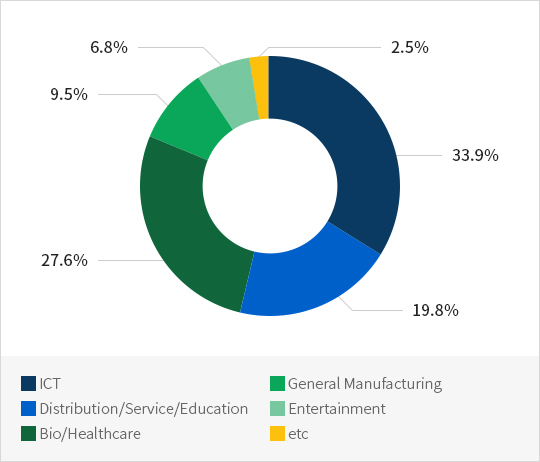 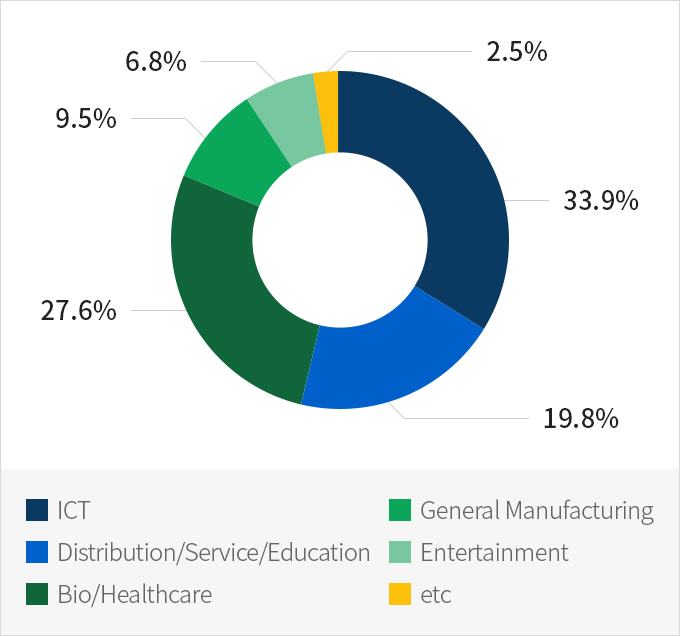 Classification of the round for investment companies 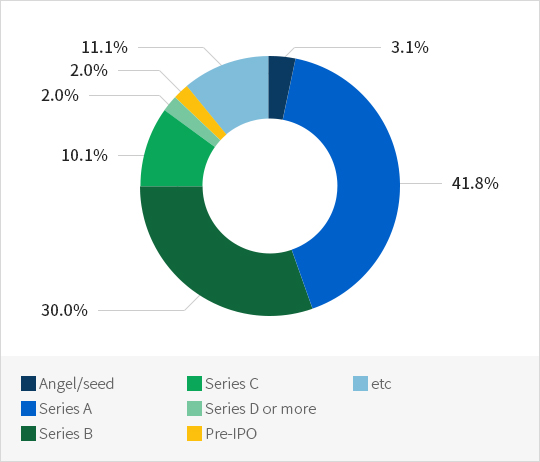 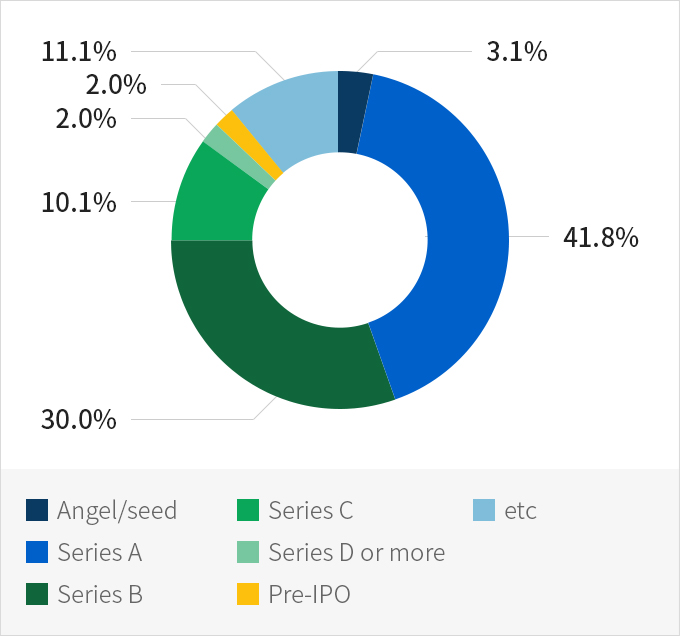 Together we scale up startups in Seoul

The city of Seoul has implemented full-scale startup policies since 2009 to invigorate the startup ecosystem, beginning with the 'Young People Startup 1000 Project', which selects and cultivates 1,000 prospective young entrepreneurs each year.

The city has continually expanded startup bases for startup incubation, commercialization, and networking to foster the ecosystem by district and industry by operating startup support centers such as Mapo Seoul Startup Hub, Hongneung Bio Hub, and Yangjae AI Hub. From 2012 to December 2021, the city of Seoul has fostered about 13,000 companies. Through these companies, the city of Seoul has achieved 5 trillion won in sales, attracted investments of 854.3 billion won, and created over 17000 jobs.

Running together with the members of the startup ecosystem

The city of Seoul has been putting in a lot of effort to enhance the activities of the startup ecosystem in order to create 'synergy' through collaboration with private expert organizations in the public domain. To strengthen the capabilities of the startup teams based in Seoul, the city is conducting a startup fostering program together with large companies, institutional investors, and private expert organizations including Seoul Business Agency (SBA).

Together with the private sector, the city operates 41 startup support facilities and supports over 720 startup support programs to promote the scale-up of startups. Both the public and private sectors will work together to transform Seoul into a city that is great for running and starting up businesses and a city where people can find good jobs.

Number of startup programs by year 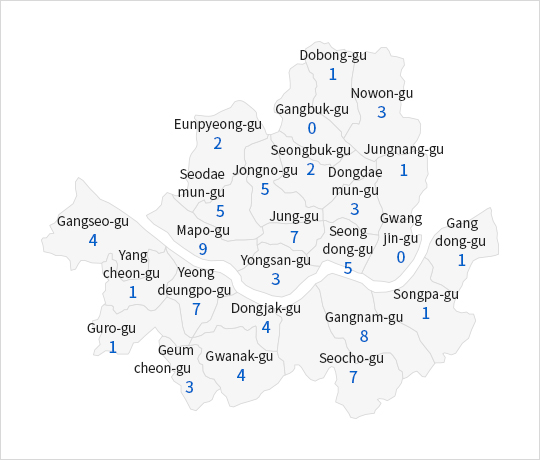 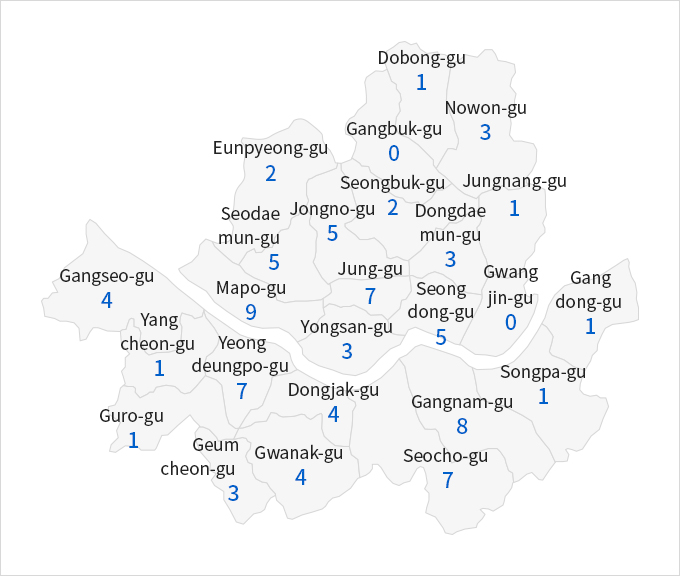 Seoul, the city of startups in Korea

'Startup Plus' will connect the participantsin the Korean startup ecosystem.